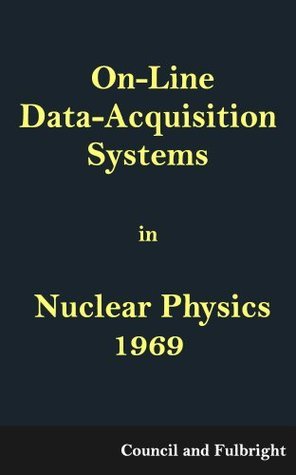 In the next decade single and multichannel pulse-height analyzers appeared, still using vacuum tubes. In the 1950s the development of multichannel analyzers continued vigorously, with vast improvement of the analog-to-digital converter sections and with the introduction of computer-type memories, based first on acoustic delay lines and a short time later on ferrite cores. The replacement of vacuum tubes by transistors beginning in the latter half of the 1950s accelerated the pace of development and application of all types of electronic laboratory instruments.The 1960s was the decade of the computer.

Before the 1960s almost no on-line computers were used in nuclear research, but since about 1962 the computer has moved into the nuclear laboratory. It provides the research worker with an immensely flexible, powerful, and accurate tool capable of raising the research output of a laboratory while eliminating the most tedious part of the experimental work.The phenomenal speed of development of computer hardware, software, and methodology contributes to the difficulty experienced by everybody involved in decision-making processes regarding data-acquisition systems.

Since the cost of a computer system is often a sizable fraction of the total cost of a new laboratory, there is urgent need for a set of guiding rules or principles for use by a laboratory director planning a system, a reviewer going over a proposal for support, or a potential funding agency considering proposals and reviews. The purpose of this report is to assist in filling this need.

The material presented is current through 1969. Although we deal with a field that is developing rapidly, we hope that a substantial portion of the material covered will have long-lasting value.The report was prepared by the Ad Hoc Panel on On-Line Computers in Nuclear Research of the Committee on Nuclear Science, National Research Council. Appointed in March 1968, the Panel first met in Washington, D.C., on April 22, 1968.The original members of the Panel were H.

W. Fulbright, H. L. Gelernter, L. J. Lidofsky, D. Ophir (through late 1968), L. B. Robinson, and M. W. Sachs. In June 1968, this group prepared an interim report. L. J. Lidofsky was on sabbatical leave in Europe and therefore could not participate during the academic year 1968-1969. Early in 1969 J. F. Mollenauer and J. Hahn joined the Panel.The Panel has reviewed the present state of the field and has attempted to anticipate future needs.

We have agreed on many important matters, including especially useful design features for computers employed in data acquisition, as well as types of organization of data-acquisition systems suitable for various purposes, types of software that manufacturers should supply, and approximate costs of systems, and we present a number of recommendations in these areas.

However, the Panel makes no recommendation on standards for computer hardware, such as logic levels and polarities, because of a conviction that these are now rapidly being established as a result of sound engineering progress and the pressure of economic competition in the fast-moving computer business.Throughout this report we have expressed opinions based on our own experience and on the best information at our disposal. The nature of the report seemed to demand some discussion of properties of specific computers by name.

We have tried to be neither misleading nor unjust in our evaluations.